Adela Ghinet is a senior analyst on the Jackson investment management team. Adela joined the organization in 2014 and was previously at Mercer, where she began her career in 2011. Adela is responsible for fixed income, alternative, and international equity investments on Jackson’s variable annuity platform. She received a Bachelor’s degree in Mathematics and Economics from Northwestern University and is a CFA charterholder. 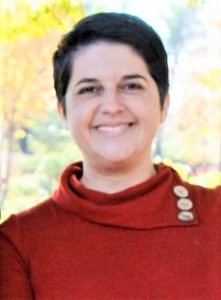 The interest in ESG investing has accelerated as a result of the global pandemic.  In our inaugural WIN event of 2021, a panel of experts will provide an overview of the current landscape of ESG investing.  We will review the evolution of ESG and discuss what you should expect in the foreseeable future.  ESG investing …

Jun
9
Wed
2021
4:00 PM Professional Development Series:... @ Zoom
Professional Development Series:... @ Zoom
Jun 9 @ 4:00 PM – 5:15 PM
Being BOLD:  Pause, Pivot and Leap It is safe to say the world stepped outside of its comfort zone last year.  So how do you personally capitalize on the opportunity to reevaluate your outlook and emerge from this unique time with a bold plan of action or a redefined set of priorities? Whether this new …