We have a number of phenomenal events held throughout the year.

Join us for food, drinks, and networking with old and new friends! We are very excited to host our first in-person event since March 2020; come celebrate summer and reconnect with one another at a relaxed and much awaited networking event! Rain or shine, we will gather at South Branch – Outside Pavilion, 100 S. Wacker, Chicago. We’ll move indoors if we have inclement weather.

Feel free to invite others, members and non-members,
men and women, all are welcome!

It has been said that the best way to predict the future is to create it (thank you Peter Drucker). Entrepreneurship is an essential skill – whether you’re looking to start your own business, or identify, present, and cultivate opportunities within a broader organization. Join us as we explore how to think strategically, act like an owner, and advance your personal and professional goals with the mindset of an entrepreneur. 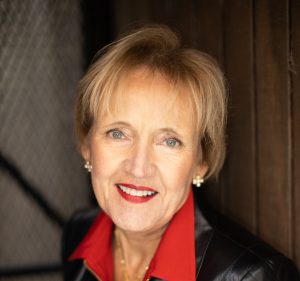 Her most recent accomplishment includes rebuilding and rebranding the Matrex business model by changing from product orientation to one of strategic alliances. This required transitioning the total business development team to a strategic engagement team, repositioning the account management team and enhancing the creative services department by expanding engagement tools that would blend client product with brand education.

A champion of entrepreneurship, White has been a guest speaker on several University panels. She is an active member of The Committee of 200, an invitation only network of women entrepreneurs and C-level global leaders. She is most proud of serving on the Board of Directors at Deborah’s Place, the largest shelter for homeless women in Chicago serving over 300 women each year.

As the Founding Chairman of the Board of Directors for the Demon Angels, a Chicago based angel investing group associated with DePaul University, White has taken a leadership position to become a catalyst in promoting innovation in a variety of markets by creating investment forums where entrepreneurship and financial capital join.

Jill lives in the heart of Chicago and remains physically active to keep up with her two entrepreneurial sons. 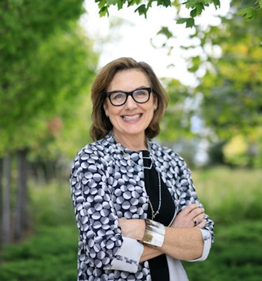 Barbara Best is a Principal of CAP STRAT, and Founder of the CAP STRAT Women’s Forum.

Barbara primarily focuses on business development and raising awareness of her firm’s services; and she also co-leads their Women’s Forum, building this community since 2015.

Barbara is passionate about supporting, empowering, and advocating for women, especially to own their voice and power over their financial resources so they can make the most of their one precious life. She is also extremely generous with her strong network, offering to support and connect others to further their personal and/or professional goals.

Barbara is recognized as one of Chicago’s Most Influential Women by the Chicago Business Journal and Rotary International Woman of the Year for her broad personal and professional support of others, her community service and leadership. She is currently a Founding Board Member of the Women in Entrepreneurship Institute at DePaul, Vice Chair of Women Leaders in Philanthropy for the Oak Park River Forest Community Foundation, Board member of Housing Forward, a mentor for Women’s Leadership and Mentoring Alliance (WLMA) among other philanthropic activities. 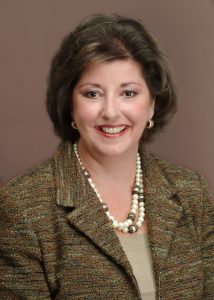 Prior to founding Pluscios, Connie served as President of JPMorgan Capital Management the Bank’s hedge fund investment group which invested both proprietary and client assets in portfolios of hedge funds. In her role as President, Connie set the strategic direction of the business, headed the Investment Committee and oversaw all aspects of due diligence, manager selection, portfolio construction, portfolio management, risk management and distribution of the client funds. Connie was a founding member of this proprietary investment group and successfully managed it for nine years achieving top quartile performance. 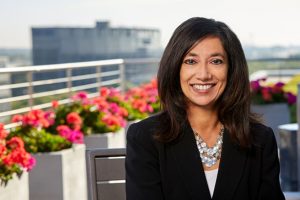 Anita Knotts is a highly accomplished senior executive with nearly 30 years of expertise in sales, marketing, and business development in the competitive wealth management market. After spending the first part of her career as a successful investment advisor followed by years of leadership, Anita is now embarking on the next phase of her career as an entrepreneur.

Anita has recently launched her new business Lotus Women’s Institute LLC. The mission of the organization is to attract, develop and advance women and people of color to choose financial services as a career path. She believes strongly that firms who implement initiatives to hire diverse teams – specifically for frontline roles – will have a competitive edge.

In 2019 she was recognized by Investment News as a “See It, Be It Role Model” for diversity and inclusion as part of their annual Diversity & Inclusions Awards program. Her recognition was well-deserved, as her passion to educate, encourage and empower women to take a larger role in their financial lives drove the launch of the successful Women & Wealth initiative during her time with Calamos Wealth Management. Anita also formed the Women’s Initiative Network (WIN); a forum for women associates to regularly meet and openly discuss topics pertaining to professional development and personal work/life balance. She is a frequent contributor and presenter on the topics of women and wealth and leads the Chicago Western Suburbs Chapter of Ellevate, a global professional women’s network with a mission to close the gender-based achievement gap in business by providing women with a community to learn from and lean on.

Anita received her B.S. in Economics from the University of Illinois and an M.B.A. with a Distinction in Finance from DePaul University. She also holds Series 7, 63 and 65 licenses. Anita is a Board Member of Naperville Area Chamber of Commerce for Women in Business and sits on the Advisory Board for North Central College’s School of Business and Entrepreneurship

WIN will explore how asset managers are implementing ESG principles into their investment processes. The audience will benefit from hearing how ESG implementation differentiates across equity, fixed income and private credit portfolio management.

More than just the “it” factor, authentic presence is one of the most important skills for leaders and employees. This program is designed to leverage your unique attributes, giving you the confidence to be influential, the credibility to voice your opinion, and the composure to be resilient.